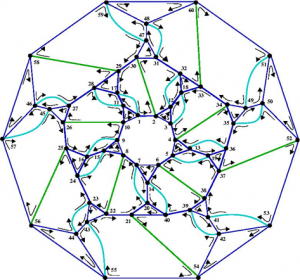 Abstract: The orientation of Liquid crystal molecules has their preferable direction and exhibits an optical structure. Liquid crystal can also been viewed as an intermediate state between the liquid and the solid states. Given the importance, people have studied liquid crystals from the view point of modeling, computation, analysis, and engineering.

In this talk, I will focus on the hydrodynamics of nematic liquid crystals, namely the Ericksen-Leslie system in conjunction with the (static) Oseen-Frank theory. The governing equation can be viewed as a strong coupling system between the forced Navier-Stokes equation for the underlying fluid velocity and the transported armonic map heat flow to the unit sphere. I will describe some recent work on the existence of global solutions that may exhibit singularities, and the development of finite time singularity in dimensions two and three.