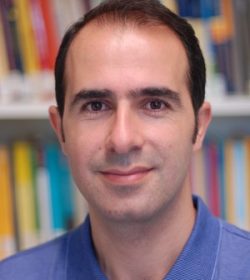 Dr. Tosun moved to the University of Alabama in August 2016. Previously, he was a Whyburn Instructor at the University of Virginia from 2013-2016, and before that was a CRM postdoc in Montreal, Canada from 2012-2013. He received my PhD in mathematics from the Georgia Institute of Technology in 2012, under the direction of John B. Etnyre. He was a visiting scientist at the Max Planck Institute for Mathematics in Bonn from May-August 2014, and a member of Mathematical Sciences Research Institute in Berkeley from January-June 2010.

The majority of Dr. Tosun’s research centers around low dimensional symplectic and contact topology, making use of tools from Floer homology and gauge theory, as well as direct topological methods. Specifically, Dr. Tosun is interested in problems about the existence and uniqueness of contact and symplectic structures on 3– and 4–dimensional manifolds and contact geometric knot theory. The relation between contact topology and other geometric structures on three manifolds is somewhat unclear. For example an important open question in the field is whether every hyperbolic 3–manifold admits a tight contact structure. Much of Dr. Tosun’s current research is geared towards answering this question and its variants. In a different direction, he is interested in certain constructions coming from Stein geometry and their implications for smooth 4–manifold topology.